The Mobile World Congress returned after two years to its usual format, with over 60,000 reported attendees gathering in Barcelona. The congress was shadowed by the war in Ukraine, which was a topic almost all speakers touched on and condemned. Overall, the show shifted away from the previous years´ B2C focus with headline-grabbing smartphone releases back to its B2B, industrial and connectivity roots with limited tangible announcements and more conceptual focus. This was reflected in this year´s keynotes as the bench was much lighter compared to 2019´s consumer heavyweights. The three key themes of the congress were the Metaverse, ESG factors in the spotlight and Telco´s role in the future. The question which arises from this year’s conference is what its relevance is going forward. As the world has adopted a remote mindset, and big announcements do not necessarily need to happen in one place or timeframe what will MWC´s role be as an idea-generator and sharer? 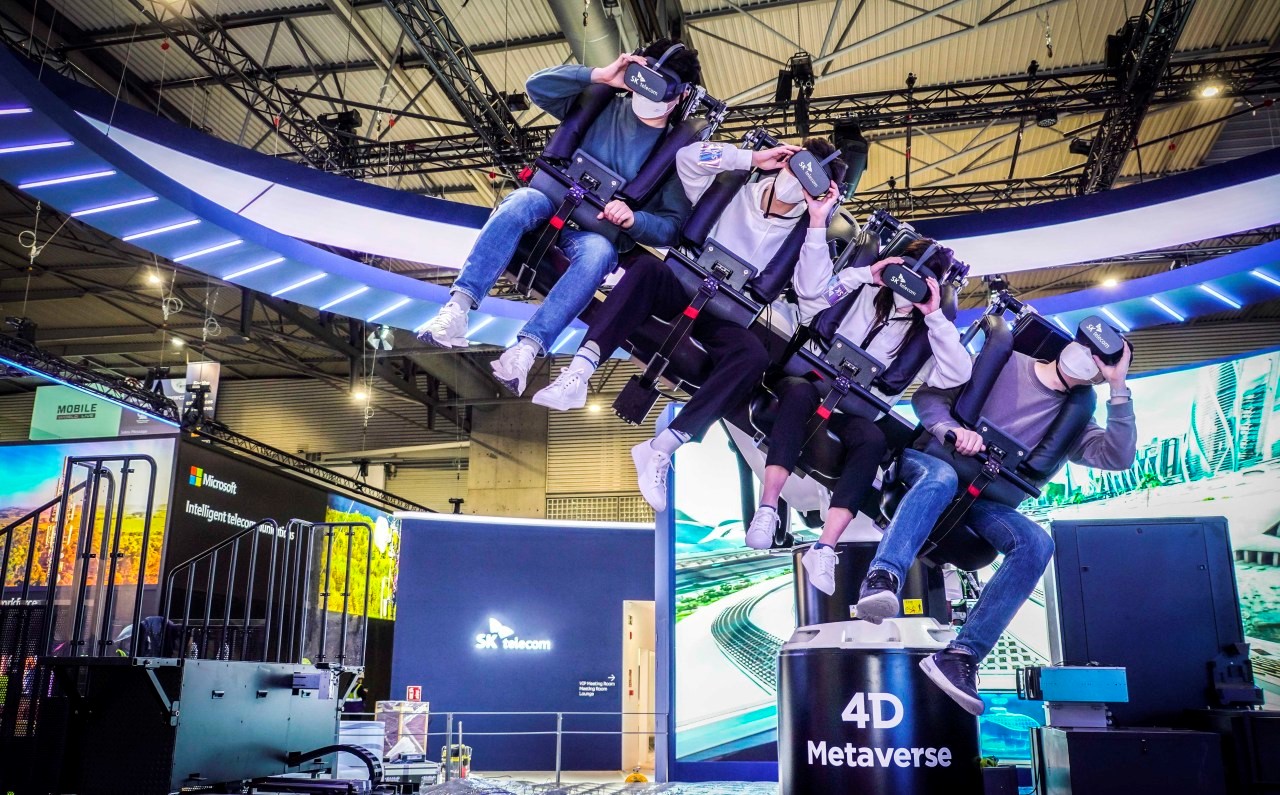 It seemed everywhere you looked across the conference floor were demonstrations of the metaverse. From previously being a niche sector covered by a few technology and blockchain companies it now has stolen the attention of many of the largest telco and ICT players. A wide showcase of applications in Augmented Reality, Digital Twins, Gaming and NFT Markets from almost all exhibitors in different verticals. One highlight was phone manufacturer HTC announcing its branded metaverse, Viverse, accessible only via HTC’s smartphones and VR equipment.   Perhaps an attempt at a walled garden Web 3.0?

Consensus from different exhibitors was that powerful computing power and connectivity, strong 3D modelling tools and prolific content creators are required to deliver high quality products and experiences. It seems telecom operators, for once, are attempting to position themselves as connectivity enablers rather than creators of the different experiences and products that could be built around the metaverse, although the value proposition is not entirely clear yet.

Hyperscalers are also positioning themselves to play a key role in this space, as several metaverse demos and announcements already included a ‘powered by AWS’ tagline.

Let’s see if next year we meet in Barcelona, or in the MWC metaverse… 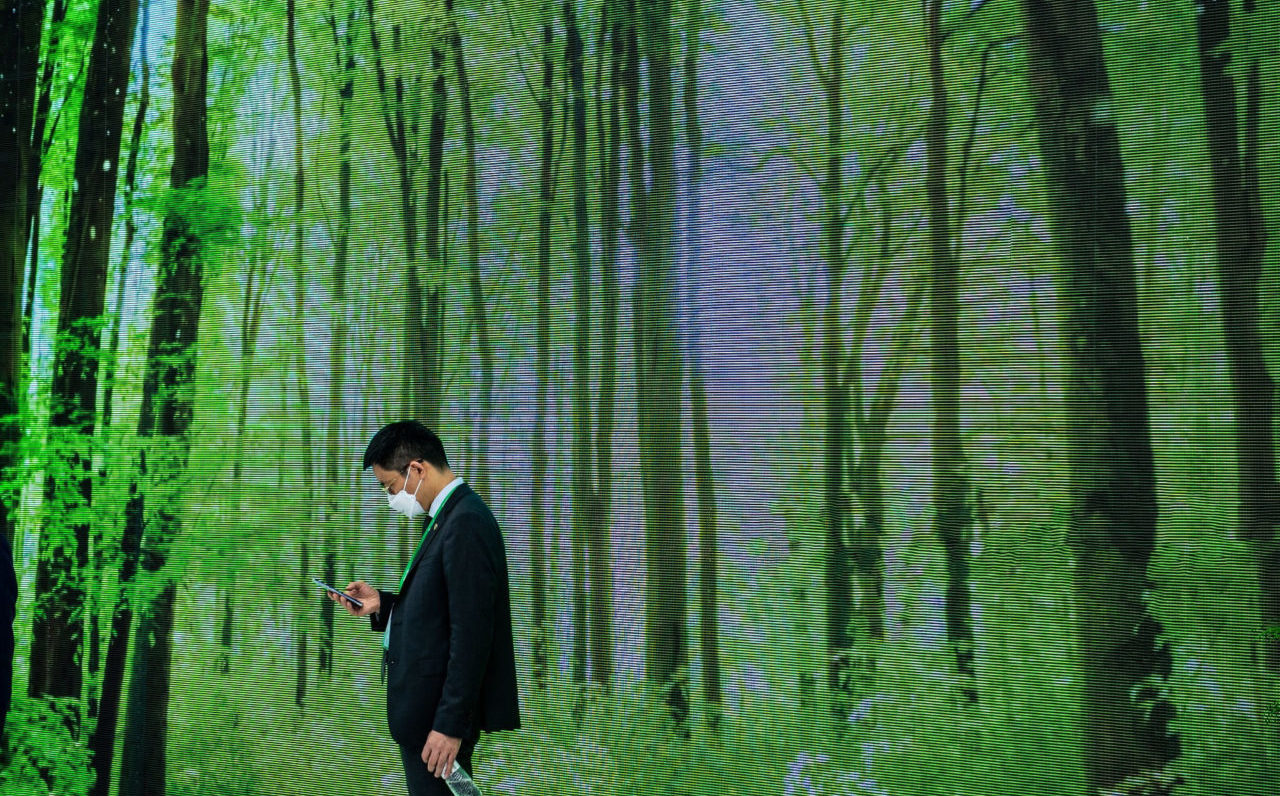 2. ESG is now more than a talking point

A notable topic throughout MWC was the announcement of actions to align industry players with climate initiatives. These initiatives are now becoming a central part of strategic plans for industry leaders. Moreover, new ways to measure industry performance will look for actions in the space, speeding up the need for transformation. As presented in Huawei’s keynote, for the digital economy to succeed, three dimensions must work together; Computing power, connectivity density and carbon reduction.

Connectivity providers are uniquely positioned to offer smart solutions that could help reduce carbon emissions and consumption planning in energy-hungry industries such as utilities, buildings, and transport.

Looking inside the telco industry, equipment providers such as Nokia and Ericsson have introduced RAN products that run more efficiently with new cooling technologies. On the other side, SK Telecom and AWS have showcased the benefits of optimizing data centre operations to reduce power consumption through intelligent power grid management amidst record demand growth. . More than rhetoric and long-term targets, the industry is starting to put ESG as a key pillar of their strategic plans and showcasing tangible examples / initiatives that improve the relationship with the environment.

Since big TMT players start to have clear goals regarding their carbon emissions, they will be more conscious on how they allocate their resources and therefore which pro­viders will have the best products to reach those goals – If not, investor demand and executive compensation might stagnate. 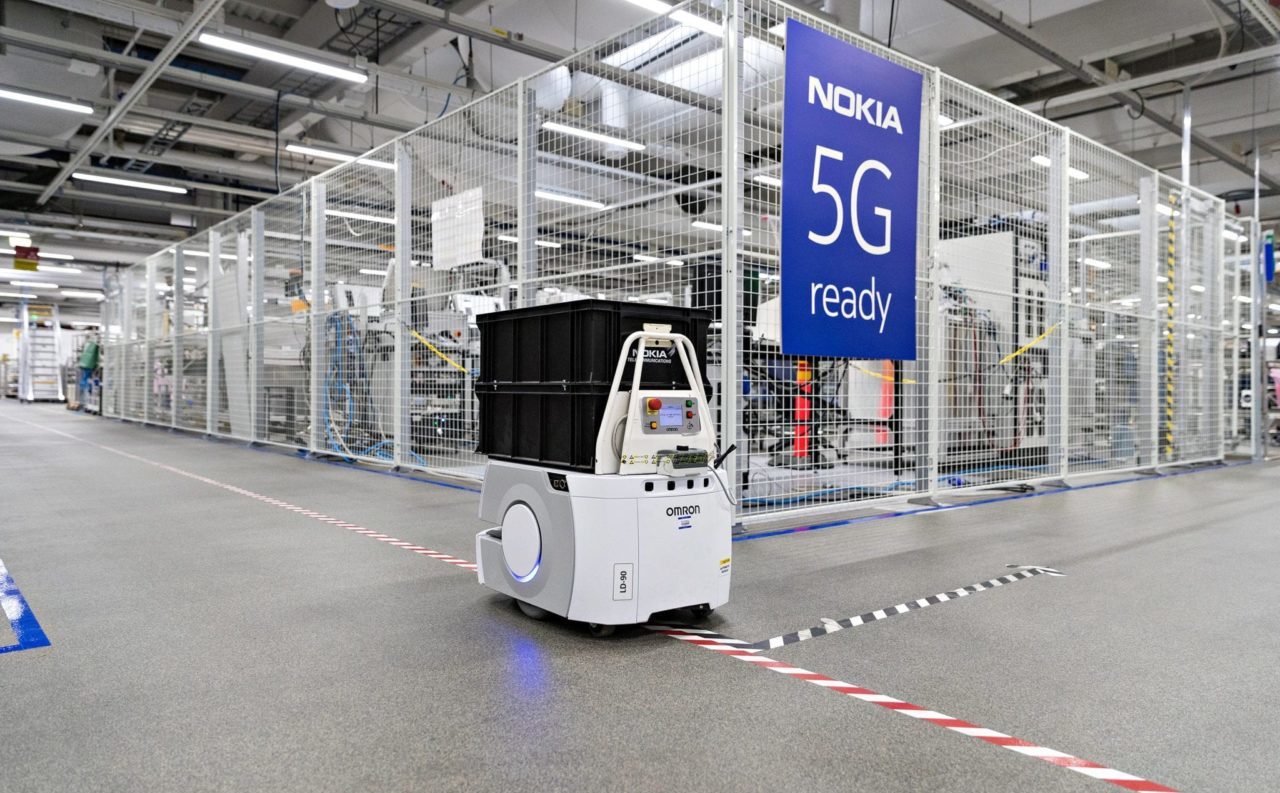 Although the metaverse took the main spotlight of the conference, most of the announcements, demos and panels focused on different use cases on 5G for enterprise and business. A common topic discussed was how players can monetize 5G investments. Some interesting parts of this puzzle were presented by big players. Demos such as AT&T’s 5G industrial IoT applications throughout manufacturing, smart agriculture and medical industries showed some real out-of-the-box thinking while China Mobile took a more structured monetization approach showcasing “Ability as a Service”, an API-based solutions aggregator to deploy their different B2B solutions driven by their 5G infrastructure.

The message from the congress was clear – there are powerful use cases and solutions that are driven by 5G technologies. Beyond all the buzz around who had the best demo or partnership announcement, there´s still a question mark above the winning monetization strategy. Besides driving the most creative ways on how to present use cases, players should be as creative on answering how they are going to capture the value created by powering the next generation of smart solutions. 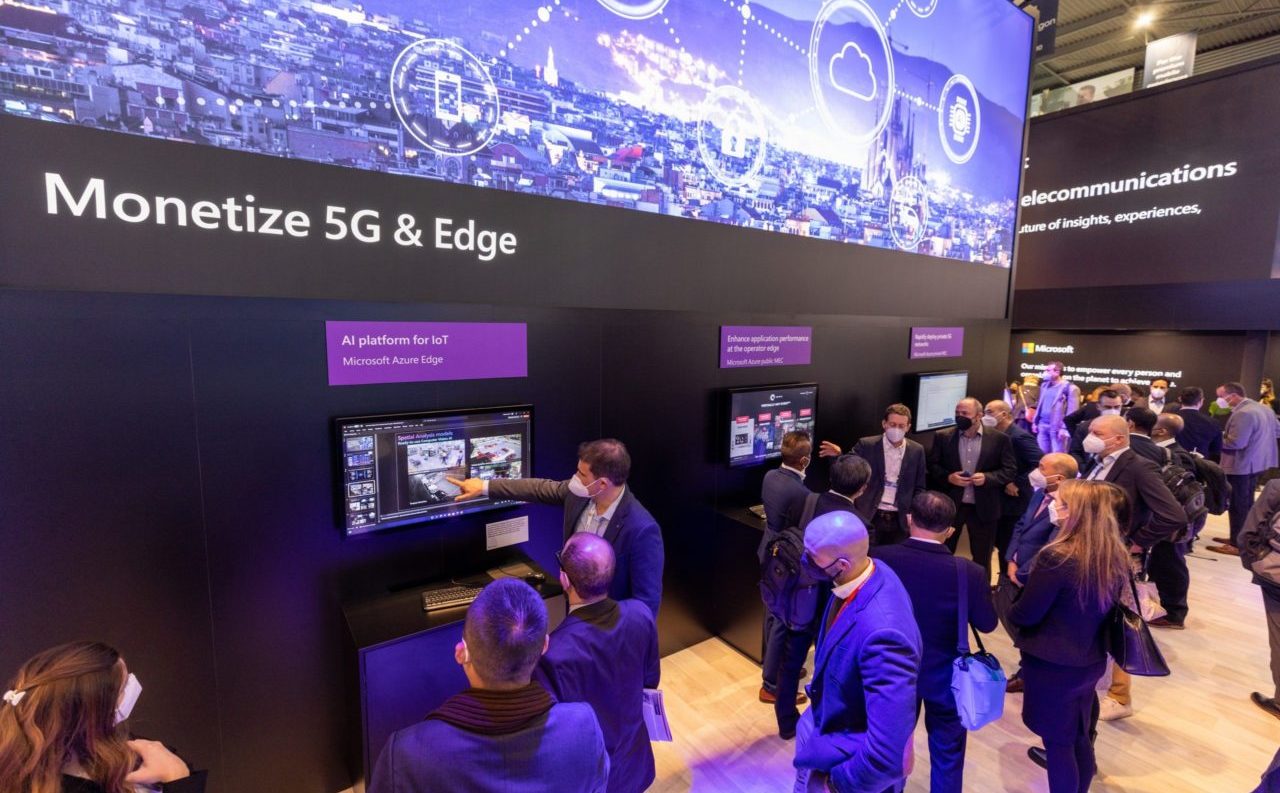 4. Private networks – Has the ship sailed for telcos?

It’s evident that the private network market has now fully evolved from just selling connectivity into enterprises also expecting top-notch security and cloud integration from their private network providers. We have already seen direct deployments from the likes of Nokia and Ericsson in building private networks, bypassing the operator level. Announcements from Microsoft/Qualcomm and Cisco to deliver 5G private networks as a service solution will create a highly competitive market.

This year´s congress acted as the final wake up call for telcos as the previously telco-dominated enterprise client base is now being targeted by tech players. As market demands to move faster than ever, the agility of tech players has resulted in the creation of high-quality offerings in key elements connectivity value chain. Telcos should embrace and learn from the abilities of their tech counterparts to remain competitive and defend their position in the market. 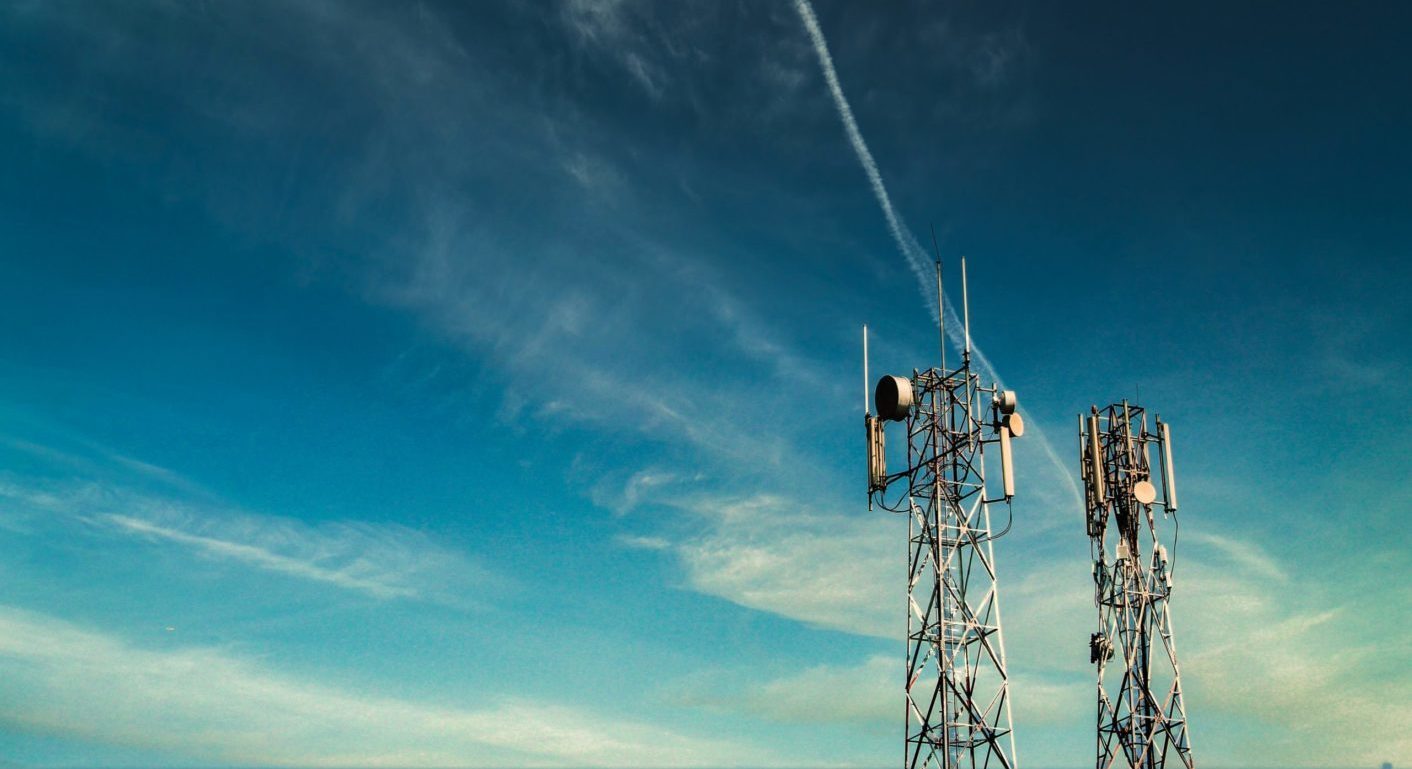 In previous years, O-RAN was seen as one of the key disruptors in the industry and it was reflected on the time dedicated to it in the presentations. The main O-RAN-related announcements of the conference came from Rakuten. Rakuten Symphony, the O-RAN arm of Rakuten, announced the acquisition of a cloud services provider and a strategic alliance with Cisco to solidify it’s offering of O-RAN solutions for telco providers. Besides minor discussions in panels about telcos having more vendor options for network transformations and announcements on O-RAN labs, no major keynote or event was dedicated to stir further discussion.

There are two main possibilities for O-RAN development currently; Either the commercial viability has been pushed further out in the future than initially expected, or the development and discussion has moved from the spotlight into the background. We´ll have to wait and see whether O-RAN matures into the telco saviour it was once seen as or if network providers continue to have the last say.